FAME has carried out a survey of undeposited archaeological archives in England, Scotland and Wales.

This was in response to the increasing concerns of its many members who hold completed archives that cannot be deposited because there is no store or museum able or willing to accept them.

Of 46 responding organisations, two-thirds were from contracting organisations in England, representing a likely sample of around 75%. There were three responses from Wales, but only one from Scotland.

The results suggest that the total number of undeposited completed archives in England is around 9,000. This represents

The total volume of archives temporarily held by archaeological practices in England (including uncompleted archives and work in progress) is around 5,860m3. If any of these archives cannot be deposited on completion, the volume of undeposited archives may be significantly higher than the figures quoted above.

In Wales, as in England, it appears that some practices hold legacy archives for which no post-excavation funding exists. Paper/digital records are normally deposited with RCAHMW, and finds with local museums or the National Museum Wales. The results of the survey suggest that in Wales undeposited completed archives consist of only

The survey suggests that these completed archives only occupy around 9m3 and cost around £13,500 to store annually. If these estimates are accurate (and they must be treated with some caution), they suggest that the problem of undeposited completed archives in Wales is significantly less severe than in England.

The data from Scotland was of very limited value, due to the low response rate and the fact that, while paper/digital records are readily accessioned by RCAHMS, the processing and allocation of finds are subject to the requirements of Scottish Treasure Trove law.

The principal reasons given for museums not accepting archaeological archives were that stores were full, no store existed for the area, no resources were available to accession them, or stores were temporarily closed. Other reasons cited included lack of response or interest from museums.

Practices occasionally provided Information on undeposited archives to museums and the IfA, but rarely to local authority advisors, and hardly ever to clients.

Three-quarters of practices received requests for access to temporarily-held archives, though such requests averaged only about three per year, and there was a strong view that the general public is largely unaware of their existence.

There was general consensus that the problem of undeposited completed archives was critical and worsening, and that doing nothing to address it was not an option.

Many respondents cited the absence of client funding as the critical issue in the failure to complete and deposit archives, and many that the problem was far greater if stalled projects and work in progress were also taken into account. Many raised concerns about inconsistent accessioning policy, and queried the compliance of planning conditions which cannot be met.

Posted in Media releases by Adrian Tindall on November 26th, 2012. 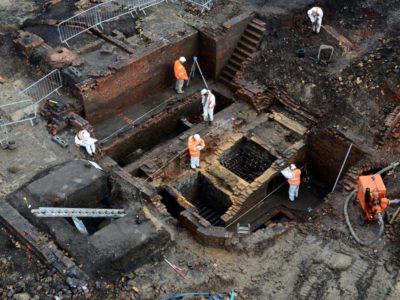